If they say that life flashes right before your eyes when you die, do you also get a flashback of your exes when your perfect boyfriend is proposing to you? At least that’s the case for Regina Cortez. There’s her dramatic high school boyfriend, her first college crush, the irresistible heart breaker, and the ever elusive one. By backtracking to her past, will Regina make it to ‘I Do’? Or will she just keep running away?

Jules Coronado has been away from her hometown for almost a decade but when an intruder breaks in to her childhood home, she finds herself coming back. Changes evidently took place in her small town, including her childhood best friend’s younger brother, Kip – now tall, slightly scruffed, all grown up and caught climbing into their garden wall.

Kip Villamor has a mission and despite Jules’ doubts, they team up: going on fieldtrips, tackling unsuspecting men, and trespassing offices to dig up dirt. But Jules has secrets of her own, one that might be exposed – unless she keeps her walls up. But climbing walls are Kip’s forte, remember?

Will her secrets keep her on his side, or will it force her to disappear again?

Aiden’s stuck working for his family’s amusement park, Funtastic World, for the whole summer. Nothing amuses him, until he met this terrified girl.
Gemma’s stuck in Funtastic World thinking she could handle the park’s rides. She couldn’t. Good thing she met someone to guide her.
As the day comes to a close, Aiden and Gemma ask themselves if one day is ever enough to decide if they were better off as friends or strangers.

It’s Beck’s break-up anniversary! Not that she’s been counting the days but there’s a possibility of a relapse. So what’s a girl to do? Call her best friend and tag her cubicle-mate turned drinking buddy, Jamie, along for the ride.

The Last Time I’ll Write About You 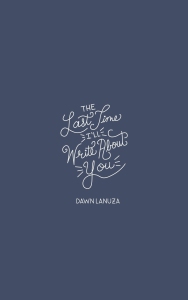 Should I be
Thankful
Or
Regretful
That my only idea
Of love
Is
You?

This is How It Starts

Not all
heartbreaks
have to end
with you
broken.

This is How It Starts is a collection of poetry and illustrations about heart aches, self-love and second love. 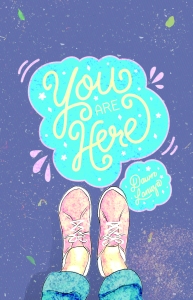 You Are Here is Dawn Lanuza’s newest collection of contemporary poetry that lends itself to the idea of giving ourselves second chances. These self-healing poems and words draw on central themes of self-love, self-discovery, and empowerment. In order to survive the vicissitudes of life, You Are Here boldly reminds readers to always choose themselves, and in times where it seems impossible, to find the courage and strength to start anew.