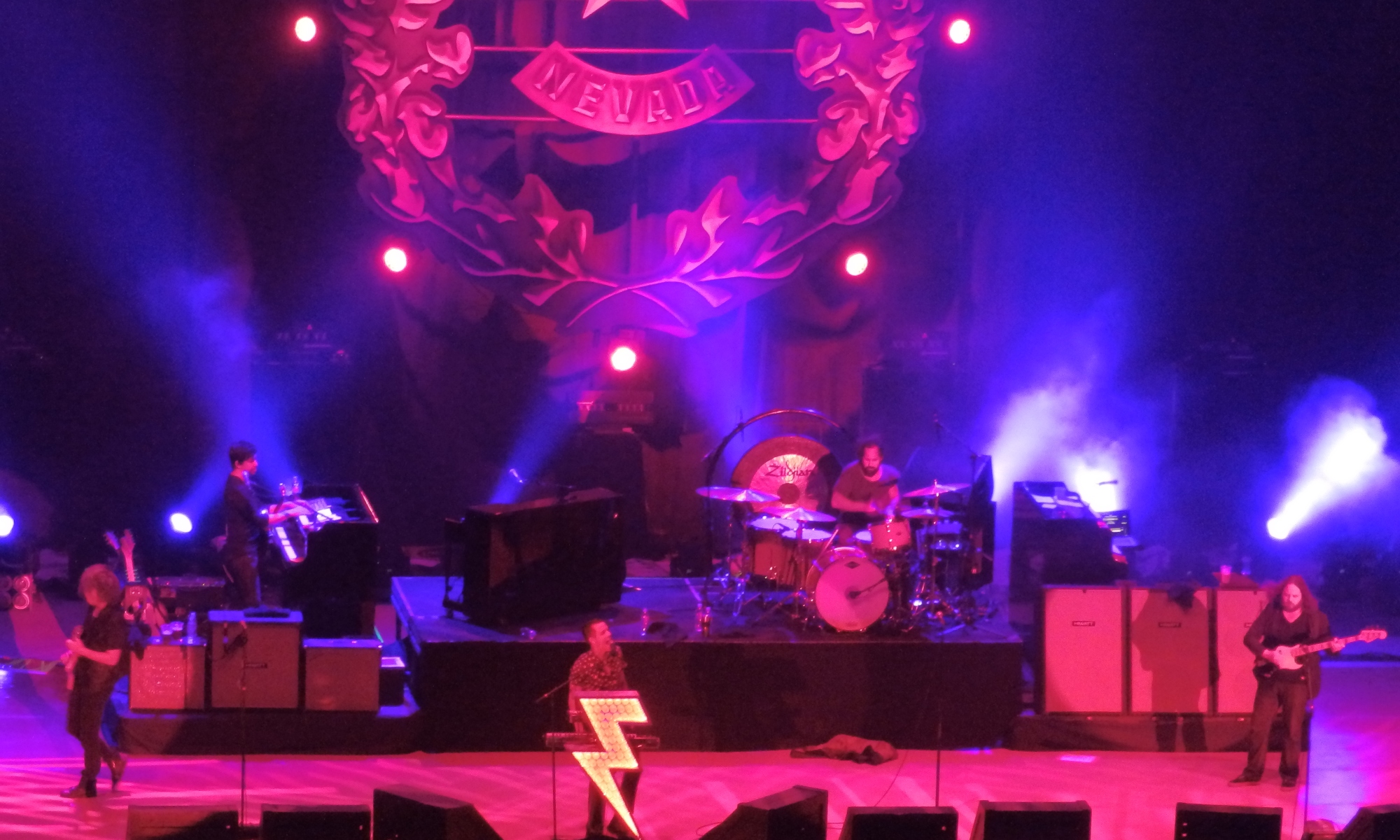 To understand the amount of screams that filled Smart Araneta Coliseum last night when The Killers front man Brandon Flowers said, “Sa wakas (finally)” – in a well-rehearsed Filipino accent – you would have to know that three years ago, The Killers’ scheduled concert in Manila got cancelled. It broke some eager fans’ hearts, which was then followed by the band’s year-and-a-half hiatus before releasing Battle Born. Taking in the crowd’s response after showing off his newly-learned Filipino words (he started with the standard “Mabuhay! (greeting)”), Brandon finished his sentence with, “The Killers are here!”

The four-piece came out in the most undramatic way: at the side of the stage while the Coliseum was brightly lit. It was an opportunity for the band to get a good look of the crowd though, who was, by the time they stepped out, already up on their feet and screaming their lungs out. Getting the decibels higher if it was any more possible, The Killers opened with their first big hit “Mr. Brightside” – quite an odd way of opening the show as it would have presumably fit an encore better – but as soon as Brandon opened his mouth to sing the first lines, he was clearly a man with a mission: he, with the band, was going to bring the hits out.

Juggling tracks from their previous records while mixing it in with Battle Born songs, Brandon early on discovered that characteristic Maroon 5‘s Adam Levine once pointed out: Filipinos are “melodic” singers. He proceeded to make the crowd sing along to almost every song since their opener, from the minor ‘oh-oh-oh’s of “Spaceman” to the whole chorus of “Human”. The enthusiastic fans gladly lapped up the opportunity – it’s always never a problem for Filipinos to jump on board when musicians point the mics to them – when the suave frontman asked them to sing their single “From Here on Out” with him, praising his audience for a very good performance when it was done.

Through that night,The Killers played the rest of the favorites: “Somebody Told Me” and “Read My Mind”. It wasn’t until “Runaways” though that the night came to its peak, with Brandon impressively belting out the theatrical single. He followed the big track with “All These Things that I’ve Done” before stepping out of the stage, leaving the crowd chanting, “More!”

The band came back for their 3-track encore a few minutes later, starting with Hot Fuss’ “Change Your Mind” and “Jenny Was a Friend of Mine”. Brandon toyed with the crowd’s emotion by saying, “Well that’s it, isn’t it?” To his delight, the Coliseum responded with a resounding “no”, which only obliged him to ask, “Is there anything else you want to hear?” With almost all of their big hits done, there was only one answer from the crowd. Brandon laughed as he heard the title, loud and clear from the crowd, and said, “Alright, we’re taking requests tonight.” They then proceeded to play “When You Were Young” – satisfying the crowd before they said their final goodbye.

Performing their hits and keeping their fans entertained, thanks to Brandon’s quips and the band showing off their skills, The Killers ended the night on an ultimate high – not one word of disappointment was heard, just multiple fans suffering from an early concert hangover by singing The Killers’ songs as they stepped out.

This review is originally published on Music Weekly Asia.