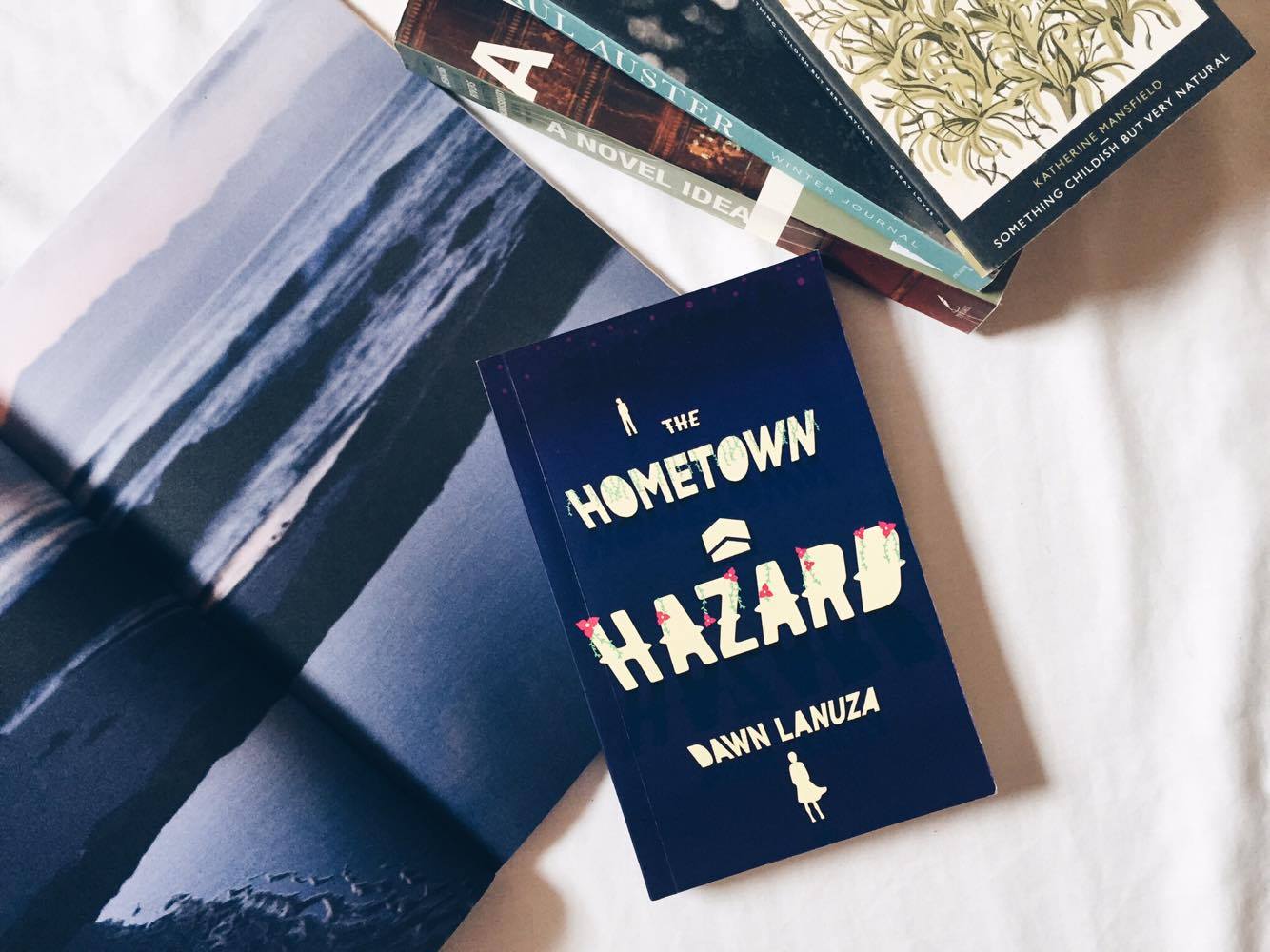 Hello! It’s been a year since I released The Hometown Hazard. I remember writing this book; I was a bundle of nerves (because I chose to write a story with ~some mystery elements in it! Mystery! Why, Dawn, why?) and I was always close to setting it aside but at the same time, I couldn’t seem to let it go. It was a story I needed to write and it had characters that were talking inside my head (and a Kip who I really loved, heh).

Here’s an excerpt from the book:

I had Tony take me to the coffee shop for lunch. I hadn’t met the owner the last time that I was there, and today didn’t seem like the day for it either. A girl was at the counter instead. I waited for Kip who texted me five minutes ago that he might be a little late.

I didn’t mind. I like cafés. I used to spend a lot of time in them when I was studying, and I was thrilled that there was finally one in town. I pulled a book from my bag – a light read, nothing like what I used to bring – and ordered brewed coffee. I read for a couple of minutes until Kip showed up, barging into my table with a drawing tube.

I looked up. I had to put down my book when I saw that he looked frantic. “What’s wrong?”

“Your dad,” He said, plopping on the seat across mine.

“What did he do?” I asked, panic starting to rear its ugly head.

He opened the drawing tube and pulled tracing paper of it. “He just asked me to do this.” He jabbed his finger on the paper when he said that, so I looked at it. I saw some lines drawn on the paper but it was barely anything yet.

I gave him a puzzled look. “I’m guessing this isn’t a part of your conspiracy deeds?”

“Nope, no conspiracy today. Your father just assigned me to work with the big guys to design that environmental NGO office.”

He laughed, but I could tell he was quite nervous. “I know.”

I sat back on my chair, “Huh. So no conspiracy. This is you on an ordinary day.”

“Well, no, I don’t usually design buildings for an actual client on ordinary days. Fake clients, yes. But real projects?”

I smiled. “Then think of it as a fake client.”

His eyes widened, “That’s not going to work on me.”

“Plus, I don’t usually work with someone watching me.”

“Mmm,” I took another sip quickly, “You could have cancelled on me if you have all of this.”

I meant all the stuff he dropped on the table. He wasn’t paying attention to me now, and he was starting to pull pens from his bag.

“Yeah, and I can’t let you go home. Otherwise, you’d end up being stuck at home, and you know your mother’s about to go crazy arranging that party she has on for tonight.”

“For a person who lives there, you sure seem like your mind is somewhere else,” He sniggered.

“I wonder whose fault that was.”

Kip grinned, “Aw, don’t tell me I occupy all of your thoughts now.”

I frowned. He gave me that last look, holding back a smile before turning back to his work.

“Ah,” Kip tapped the pen on the table. “You’re underestimating yourself.”

My brows knotted, “What do you mean?”

“What?” That was not expected, at all.

“Why are you so cautious of me?”

“I wouldn’t say cautious,” I stammered.

He placed his pen down and leaned back on his chair, “Fine. How would you say it?”

I racked my brain for terms. Scared. No, that was too extreme. Flustered? Too much. Nervous? Yes. But he might think something of it. “Careful.”

“Careful,” He repeated, enunciating the word.

“Yes,” I took another sip from the cup. “Careful.”

He sighed, “’Cause you think I’m still a kid and I’m always out to do something stupid.”

I shook my head even before he finished that sentence, “I don’t think of you as a kid. I’m not here to babysit you.”

I continued, “Do I think you’re kind of all over the place, running around, having fun in everything you do? Sure. Are you as annoying as you were back when we were kids? Pretty much.”

“You really think I’m annoying?” He raised his voice a little.

I shrugged, “Well, yeah. You just do whatever you want without much thought in it. Like what happened at the hospital yesterday? That was really…” Stupid. Reckless.

“Hey, that’s not true,” He narrowed his eyes. “Since you came back home, you’ve become the devil on my shoulder. Every time I’m about to do something, I think about what you’ll say. But then there’s just me on the other side.”

I let out a laugh, “Hang on. I’m the devil in that scenario?”

“You just look better in red,” Kip said quickly, as if that just slipped his mouth. I looked down but felt a smile spreading in my face so wide, I was just thankful that he tried to cover up his own slip-up, “I mean. And I look better in white too, so…”

“Sure,” I just said, clearing my throat.

“So, you think I’m annoying,” He repeated, as if recapping. “And I think you’re uptight.”

I pressed my lips together, holding back a laugh.

Kip blurted out, “Why the hell are we still sticking together?” He looked amused anyway, eyes lit up and waiting for me to answer.

My face broke into a grin, “I think we’re having fun.”

I answered with a nod.

Kip looked pleased, his smile warm and genuine to me. “Yeah, you’re kind of fun, just in a different way.”

He smirked, “And there you go, raining on my parade.”

I tucked my hair behind my ear to give myself an excuse to look away, then adding, “I still can’t believe you think I breathe heavily.”

Kip laughed so hard, I couldn’t help but join in. As much as I wanted to bring up anything about the search or ask him what was in it for him ultimately, I couldn’t. Or maybe I didn’t want to. No conspiracy deeds today.

The Hometown Hazard is available on Amazon for the week for $0.99. I hope you enjoy it.