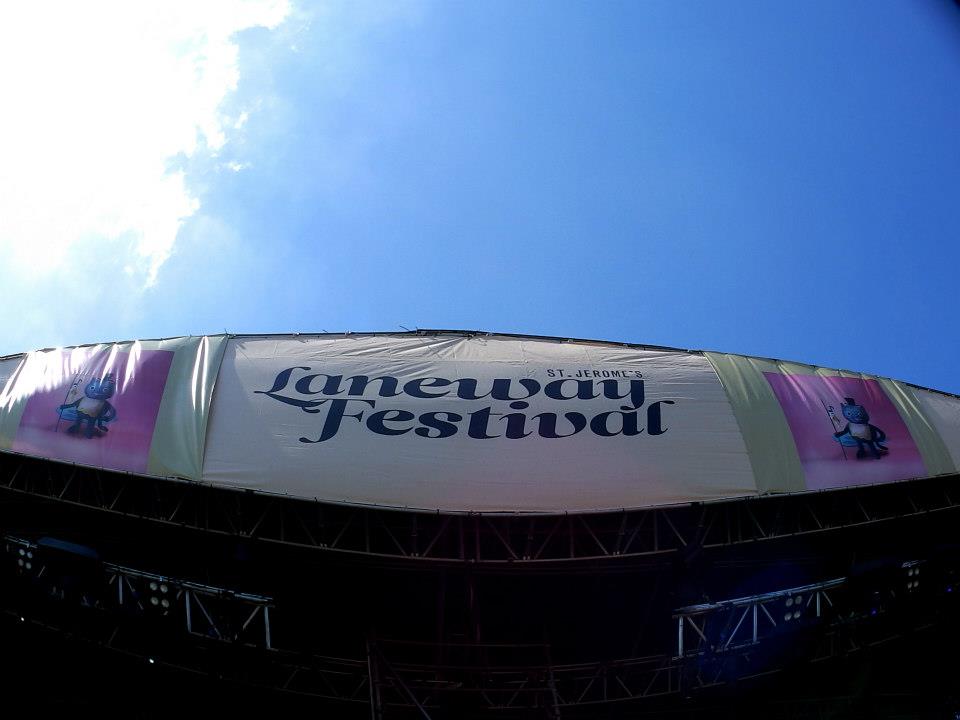 We’re still feeling a little Laneway hangover (and a bit of sunburn).

Last Saturday, 14 rocking bands set up on stage at The Meadow at Gardens By the Bay. Being the first stop of the annual St. Jerome’s Laneway Festival, the acts put up quite a show in Singapore. The young and the young at heart basked in the sun, jumped and danced to the tunes and ultimately had a grand time. Here are some highlights of the 12-hour musical feast.

With Poliça’s dark electronic tracks, putting the band at the start of the line-up seems like a pretty odd timing. Singer Channy Leaneagh’s vocals powered through despite the sweat and the heat, her cool pipes performing Give You the Ghosts’ tracks: “Amongster”, “The Maker”, “Wandering Star” and “Lay Your Cards Out”. We reckon putting her further up the line-up would have done us a favor, with the sun setting and the breeze and the booze cooling us down, Poliça’s tunes would have been the best accompaniment.

Cloud Nothings took the stage when the sun is at its hottest. Dressed in t-shirts and looking a bit sloppy (convincingly much like garage rockers), the band immediately started their set after a quick sound check. We wished the boys would have also played a later set – when the sun’s not competing with lead singer Dylan Baldi’s screams and riffs. It would have made rocking out to their tunes “Stay Useless” – which I found very much enjoyable – and “No Future/No Past” much better. For that, we blame the sun for causing us to seek shelter in the nearest shade instead of staying among the most loyal of Cloud Nothings’ fans, a missed opportunity to see the real potential of the band live.

Crowd Favorite: Of Monsters and Men

The indie folk band from Iceland who has also been making waves with their debut, My Head is an Animal, really livened up The Meadow by making their fans sing and dance along to their hit single “Little Talks”. We asked the band before they went on stage which tracks they love to perform live, they answered: “Mountain Song”, “Six Weeks”, “Yellow Light” and “King and Lionheart” – which all made it on their set list.

A + on Energy: Japandroids

For a duo, you would think that Brian King and David Prowse of Japandroids wouldn’t be able to fill up the stage with such energy, and yet they did. Taking on the stage at 5 in the afternoon, the band performed their Celebration Rock hit “The House that Heaven Built” along with their other rock tunes “Younger Us” and “Fire’s Highway” which the crowd soaked up and absolutely loved.

Granted that Alt-J was one of the most awaited acts to take on the stage, fans were a bit disappointed when the boys walked out of the stage after a technical error whilst performing “Tesselate”. A good five-ten minutes later of tinkering with the mics, the boys went back on stage with keyboardist Gus expressing their intent to make up by doing the “best show of [our] lives”. Performing their tracks from their award-winning record, An Awesome Wave, the fans seem to have forgiven and forgotten by singing along the “Something Good”, “Fitzpleasure” and “Breezeblocks”.

Yeasayer brought a refreshing zest of energy after almost 8 hours of being out in the sun. Chris Keating took the stage and maintained that good energy all throughout the set, making the crowd alive and back up on their feet. Tracks performed include “Fingers Never Bleed”, “Devil and the Deed”, and “Longevity” from their latest record, Fragrant World. We’re thinking that Yeasayer needs to come back, pronto, and hold their own gig. We can’t get enough of them just yet.

Last, but not Least: Gotye

Wrapping up the festival was Gotye, the multi-instrumental musician from Melbourne, Australia. Appearing on the left corner of the stage, Gotye opened his set with Making Mirrors’ track, “Eyes Wide Open”. With stunning visuals on the screen, the man moved around the stage playing percussions, drums, and synth with his friends helping out. Before perfectly ending his set, he pulled quirky girl Kimbra to perform “Somebody that I Used to Know” – the track most people spent their last year singing.